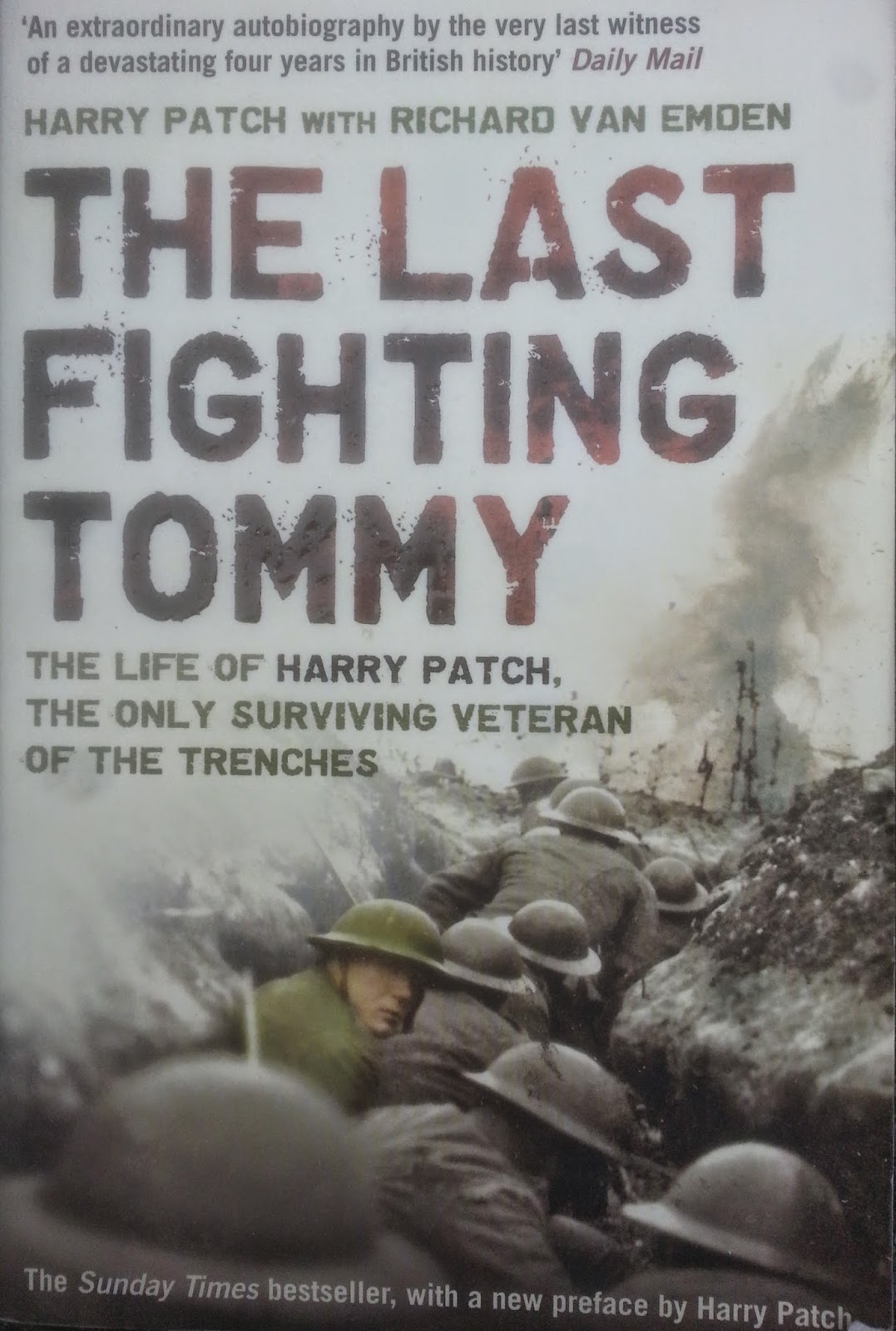 As people around a large part of the world remember Gavrilo Princip's assassination of Archduke Ferdinand a century ago - an act which is generally considered to have been the flapping butterfly which tipped the world over into the hurricane of the First World War - we thought it was time to feature "The Last Fighting Tommy"... yet another book you'll find in our Little Library (if you're quick!).

It's the ghosted autobiography of Harry Patch, who was the last living veteran of those godawful WWI trenches that still have the power to so move us a hundred years later. Sadly Harry died in 2009 (aged 111!), but he left behind this powerful story of an ordinary young man plunged into 4 years of hell - one of the lucky ones who came out of the other side - who later became an outspoken peace campaigner.

"When the war ended, I don't know if I was more relieved that we'd won or that I didn't have to go back. Passchendaele was a disastrous battle – thousands and thousands of young lives were lost. It makes me angry. Earlier this year, I went back to Ypres to shake the hand of Charles Kuentz, Germany's only surviving veteran from the war. It was emotional. He is 107. We've had 87 years to think what war is. To me, it's a licence to go out and murder. Why should the British government call me up and take me out to a battlefield to shoot a man I never knew, whose language I couldn't speak? All those lives lost for a war finished over a table. Now what is the sense in that?"

We don't have that many non-fiction books in the Little Library - there's such a wide range of subjects to cover it's just really hard to know what people might want... if you'd like to see more non-fiction then please let us know what areas you're interested in :-)
Posted by Andy P at 06:33